Our Global Executive Leadership Team comprises seasoned professionals with decades of experience in the defense, development and private sectors. They provide individual and team support for planning, coordinating, and managing both rapid-reaction and long-term programming. From building infrastructure in conflict zones to engaging in public diplomacy, our diverse professional experiences and global perspectives allow us to problem solve and uncover opportunities in unique ways. 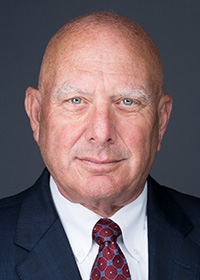 Tony Smeraglinolo has over 30 years of experience driving transformation and customer-centric growth strategies within the Government Services industry. Most recently, Smeraglinolo was the President and Chief Executive Officer of Engility Corporation (NYSE: EGL), a $2.1 billion leading provider of best-in-class training capabilities, specialized technical consulting, program and business support services, engineering and technology lifecycle support, and supply chain and logistics management services. He served as President and Chief Executive Officer after leading the spin-off of Engility from L-3 in 2012.

Smeraglinolo's tenure at Engility was defined by shareholder value creation through portfolio diversification with strategic M&A, and growth through relentless focus on customers and solving their most complex problems. Engility initially was a $1.6 billion business with an anticipated $500 million draw-down and an 80% dependence on the Department of Defense. Smeraglinolo led the strategy to diversify the customer portfolio and pivot the company to a higher-end enduring service model. He introduced price-disruptive service offerings, new product offerings, and led the acquisitions and integrations of DRC, a $250 million public company with a civilian market concentration, and TASC, a $1.1 billion company with 75% of its business supporting the Intel agencies. Smeraglinolo's strategy transformed Engility into a top five service company that derives greater than 50% of its business from Civil and INTEL markets and drove a 66% growth in revenue and a 300% increase in share price. Engility was ranked 30th in Washington Technology's Top 100 largest contractors in the government market place and in recognition for the successful transformation Smeraglinolo was awarded the Deal Maker of the Year award from the Association for Corporate Growth (ACG), named to The Washington 100 by Executive Mosaic, and received GovCon's Executive of the Year for Companies greater than $300M.

Smeraglinolo began his career at Harris Corporation where he held roles of increasing responsibility across finance, program management, business development and operations during his 25 year career with the organization. Following Harris Corporation, he served as President of the L-3 Services Group's Intelligence Solutions Division for three years before he was recruited to be President of the Global Stabilization and Development Solutions division for Dyncorp International.

Smeraglinolo earned his Master of Business Administration in Finance from Florida Institute of Technology and his Bachelor's degree in Business Management, with a minor in Accounting, from Fairfield University in Connecticut. 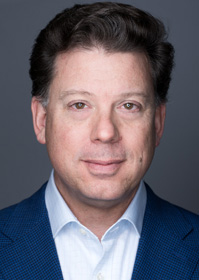 Most recently, Glen served as Vice President of Justice and Overseas Programs at SAIC – managing a portfolio valued at more than $1.0 billion. These programs specialize in Rule of Law & Security Sector Reform training, mentoring, and logistic support. Under these programs Glen oversaw more than 800 personnel embedded in 35 countries worldwide.

Glen joined SAIC in January 2019 when it acquired Engility Corporation where he managed the same portfolio. Glen combines his finance and accounting acumen with his natural affinity to business development to grow programs. From the time he joined Engility in 2015, he doubled the value of the International Services portfolio.

Throughout his career Glen has risen through the ranks at some of the largest and most prestigious firms in the U.S. federal space. At DynCorp International a leading supplier of specialized, mission critical professional and support services to the U.S. and foreign governments. During this period, DynCorp enjoyed significant top-line growth from $2.0 billion to over $4 billion.

From 2006 through 2014, Glen led DynCorp’s European and Australian Business Area teams where he established strategic direction, recruiting, and managing local staff, and booked in excess of $100 million in new wins. As Vice President/General Manager over global logistics Schuhmacher managed a team of 15 direct reports and a workforce over 2,000 worldwide. Under his leadership group annual revenue increased from $175 million to $235 million in 18 months. Additionally, Schuhmacher twice served as Vice President for Business Development at DynCorp, He was a key member to many major wins totaling in excess of $10 billion.

Glen began his career at Raytheon Technical Services Company LLC from 1990 until 2006 where he held several roles of increasing responsibility in the areas of Finance, Program Management and Business Development.

He earned his bachelor’s degree in accounting and business management from Gordon College in 1990. He is also a graduate of the Advanced Management Programs at both Raytheon and DynCorp International.

He is married with four children and resides with his family in Northern Virginia. 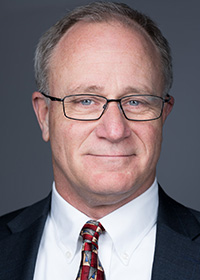 Ron has extensive international experience with a focus in Africa. From 2007 until 2015, he served as a ‘Country Manager’ (contractor) for the ACOTA program, predominantly in Uganda, but also Nigeria, Ghana, Malawi, Gabon, and Djibouti. That experience centered on planning, preparing, executing, and continually improving pre-deployment training for UN and AU peacekeeping missions across Africa. Since 2015, he served at the Program and Directorate level for Engility and SAIC based in DC. In these roles he has worked to share experiences and best practices between the programs to build host nation capacity and capability in security sector reform and peacekeeping operations.

Prior to his Africa journey, Ron led multiple training teams for MPRI, where he deployed repetitively to Kuwait (Camps Buehring and Arifjan) and Afghanistan (Camps Spann and Bagram AB). In multiple leadership roles, he prepared and executed training for US and Afghan forces preparing for combat operations. His major tasks during that time were training Urban Operations skills for platoons and companies and battle-staff operations at the battalion and brigade level with a particular emphasis on counterinsurgency and the counter-IED fight.

Before his private sector days, Ron served as an Infantry Officer in the US Army. Over 21 years, he successfully led Mechanized, Light, Airborne, and Air Assault Infantry units, in positions of increasing responsibility. On ‘9/11’, he was in command of the 1st Battalion, 187th Infantry of the 101st Airborne Division and led his battalion into combat operations in Afghanistan in 2001-2002. His service also included extensive experience at the Joint Readiness Training Center and a two year exchange tour with the Australian Army. Ron is a Combat and Expert infantryman with Ranger, Master Parachutist, Pathfinder, Air Assault, and Australian parachute qualifications. His decorations include the Legion of Merit, the Bronze Star with ‘Valor’ device, and the Bronze Star Medal.

Ron’s education includes a MBA from Norwich University, graduate of the US Army Command and General Staff College, and a Bachelor’s of Business Administration from the University of Mississippi. Ron is a certified Project Management Professional (PMP) and Scrum Master.

Ron presently lives in the Northern Virginia area with his wife Betsy. Their two grown children live in Columbus, Ohio and Sydney, Australia. 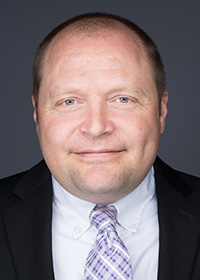 Jason Biber is the Chief Financial Officer at Sincerus Global Solutions, Inc.  Jason oversees the financial management, accounting and audit reports, business strategy, and treasury of domestic and international operations of the company.

His experience combines strategic thinking to maximize a company’s capital strategy for sustainable growth, oversight in implementing government contracts to drive and achieve customers’ results, and collaborations to catalyze investments with international partners.

Most recently, Jason served as Sincerus Global Solutions, Inc.’s Vice President of Business Operations as well as the Director of Operations for SAIC.  At SAIC, Jason was responsible for day-to-day operations and optimizing the company’s programmatic financial performance.

Jason is a graduate of George Mason University School of Business in Finance with a minor in Economics. 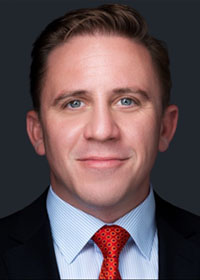 Augmented through direct implementation experience overseas, Eric approaches activity design and program delivery frameworks through the skilled lens of a practitioner. He is a results-focused, data-driven and a critical-thinking leader. He excels at unpacking and delivering solutions to some of the most formidable development challenges-centering upon stabilization, rule of law, countering violent extremism, political transitions and economic growth initiatives in conflict and post-conflict environments. His professional field experience includes work in Kenya, Somalia, Ethiopia, Tajikistan, Pakistan, Republic of Georgia, Moldova, Cambodia, Bangladesh and Nepal.

Prior to joining Sincerus Global Solutions, Eric was the Director of Business Development for SAIC’s International Services Business. Preceding SAIC, he held various positions within the Engility growth organization, concentrating on federal civilian agencies. Prior to the aforementioned role within Engility, Eric spent over 5 years working with an international development firm focused on USAID, MCC and USDA. He is formally trained in industry best practices including Shipley and MBDi business development methodologies.

Eric completed the Harvard Negotiation Intensive at the Program on Negotiation (PON) at Harvard Law School in 2018 and was selected as a 2016 Abshire-Inamori International Fellow (AIF) within the Center for Strategic and International Studies (CSIS) flagship professional leadership program. He is a graduate of Miami University in Oxford, Ohio. 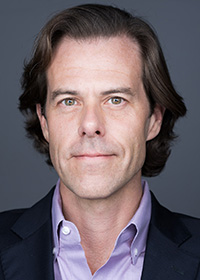 Chris is responsible for contracts management for the Sincerus Global Solutions, Inc. portfolio, with a focus on in-country training, logistics, construction and conflict resolution initiatives.

Prior to joining Sincerus, Chris worked in contracts management and procurement roles at SAIC, Engility Corporation, Accenture Federal and Raytheon, based in the Washington, DC, metropolitan area, and at Raytheon Canada Limited in Alberta, Canada.